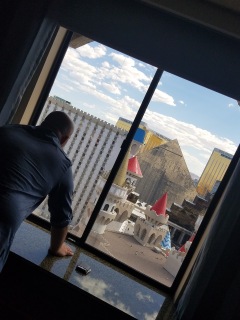 Lonnie and I are in the midst of a weird trip.  I have to be in Dallas from August 18 thru 22nd to attend 4 day residency for school, so OF COURSE we decided to make a vacation out of it!

Plan A: fly in to Dallas on the 13th and rent a car to drive down to Austin for a few days, then drive back to Dallas for my residency.  This plan was vacation/recon for our move in a few years; to see if Austin was a place we might like to live.
This plan kind of got scrapped when Jessi moved to Richmond because now we want to stay on the east coast  (well…. We did at the time.  More on that later).

When we decided we didn’t need to check out Austin for recon, we began researching other options and learned that Vegas and New Orleans would be cheaper to fly to add stay at than even just the car rental to Austin!  After  couple weeks of weighing the options  we booked Vegas.
• It’s August and Dry heat>wet heat (also we figured, correctly, Vegas would be more of an indoor air conditioned trip)
• We have plenty of other trips that can involve New Orleans, NOT in August!  We plan to go on a cruise within a couple years and can sail from there.  We also would like to go down for Mardi Gras sometime.
• We thought food costs would be lower in Vegas, and due to recent massive car repair bills, we had to keep this trip on a budget!

So we flew to Dallas,  spent one night at the cheapo airport quality inn, and instead of renting  car, hopped the shuttle back to the airport and hopped a quick flight to Vegas! 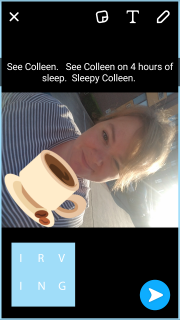