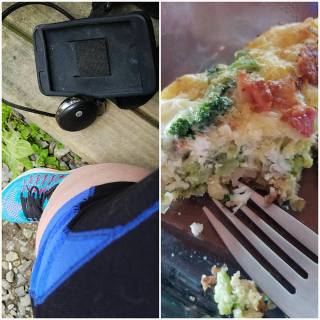 The goal of these Facebook challenges is to have bettered yourself in some way by the end of the 21 days.  It’s also based on the theory that it takes 21 days to make a habit.  Every day you get 1 point for an exercise photo and 1 point for a healthy eating photo, and every point is an entry for a drawing and a t-shirt.  I won a t-shirt last month!! WINNING!!

Last week was a break from the challenges for the holiday, but it wasn’t a break for me!  Lonnie has finally jumped on board with me and we kissed sugar goodbye last Sunday.  Honestly, for some reason it hasn’t even been that hard.  And it is AMAZING the changes that happen so quickly when junk food and sugar aren’t in my system… 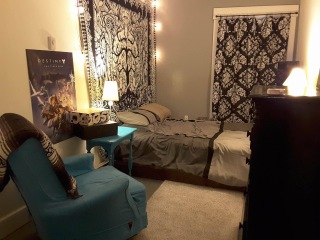 Having this to focus on has helped with the transition of Jessi moving away. Speaking of Jessi; she seems to be doing GREAT down in Richmond.  It’s clear to me now that a big part of this move was to gain some independence from me, so while it’s weird and a little sad for me to not know her every move and feeling and not talk to her as much as I used to.  It’s awesome that she is strong enough to take this step for herself!  Whoa…. typing that brought on the tears a little.  I thought I was done with those!!  DAMNIT!!

Off to pick up Sean who is doing his Monday jog up at the “track.” (air quotes because this is Winterport and the term track is very.  VERY. loose.  It’s really just a worn down path around a soccer field.)

There was an error retrieving images from Instagram. An attempt will be remade in a few minutes.