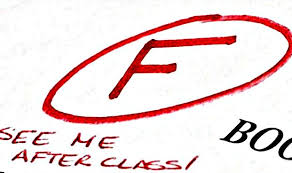 I haven’t been feeling the whole “eat only when you are hungry and only at the table” thing this week.  …and honestly, even though I have “pretty much” forced myself to comply… I feel yucky and bloaty and fat.  And actually… as I thought about what “pretty much” meant, and thought about all the times I ate on the couch and ate when I was hungry.  I am kidding myself about the “pretty much” thing.  I am off the rails!!  I even bought a box of cheez its.  I have had literally NO DESIRE to eat cheez its since I started this ‘eat whatever you want and whatever you love the most’ journey, which acutally shocked me because I thought they were my FAVORITE!!  Turns out… they are just something that I turn to when I am feelingsy and want to zone out and mindlessly snack on the couch in front of the tv.  Other than that time, I don’t ever want them.

So now I have to figure out WHY.  I was blaming it all on “that time of the month,”  but that’s not really a reason.

Hmmm…. LOL I think we found the answer there…. See… THIS is why I blog.  And if you don’t blog… I implore you to even keep a private blog, or a journal.  I knew that I was having troubles and I knew the Sean thing was a part of it, but until I started writing, and the feelings started bubbling up as I typed… I didn’t realize how hard of a time I am having with this.
Blogging really IS cheaper than therapy.
P.S. I can feel you judging me for watching Dr. Phil.  Stop it.  LOL

One thought on “Not feelin’ it”